Here are the latest Red Carpet looks from the 75th Annual Golden Globe Awards.  Most of the actresses and actors chose all black in solidarity with Time’s Up, an initiative formed by some of the Hollywood’s most prominent women to combat sexual harassment.  Some actresses like Meryl Streep, Michelle Williams, Emma Watson were accompanied by activists on the red carpet. 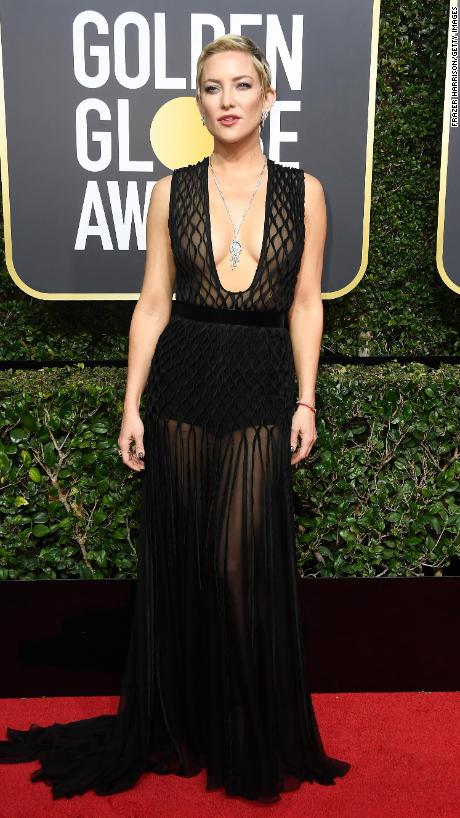 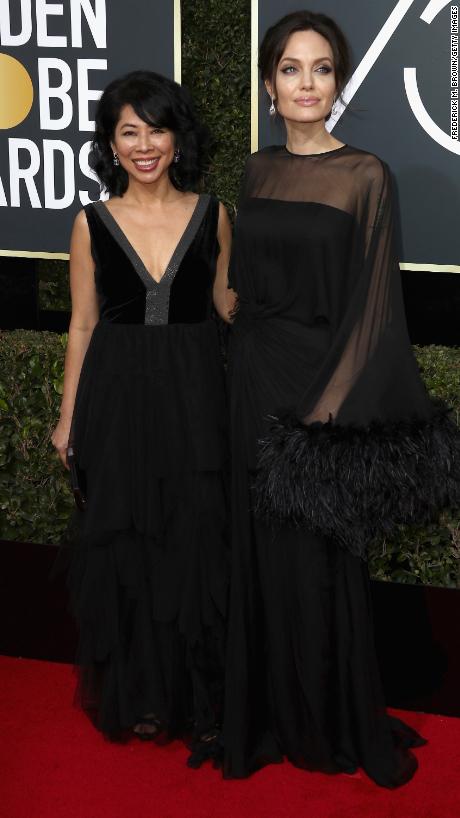 Loung Ung, left, and Angelina Jolie. Ung, a spokeswoman for the Campaign for a Landmine-Free World. 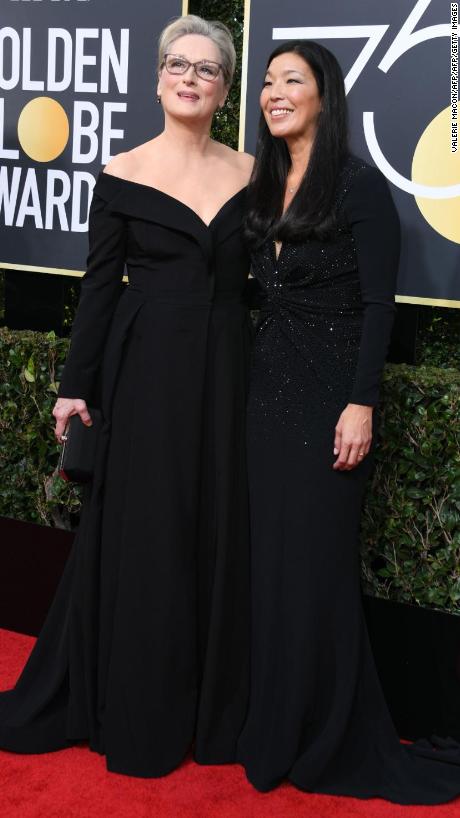 Meryl Streep with Ai-Jen Poo, the head of the National Domestic Workers Alliance.