The Grammy Awards was held on March 14th, 2021 and as we are still in the midst of a pandemic, the show was audience-free and filmed in a massive, magical undisclosed building in Los Angeles.  The nominees include Harry Styles, Meghan thee Stallion, Dua Lipa, Taylor Swift, Billie Eilish and of course BTS, the K-pop group.  Hosted by Trevor Noah, the music awards show featured performances from Cardi B, Taylor Swift, BTS and many more.  The music awards’ style was brighter, bolder and more colorful than other awards show.

Take a peek at some of the best-dressed celebrities on the red carpet last night. 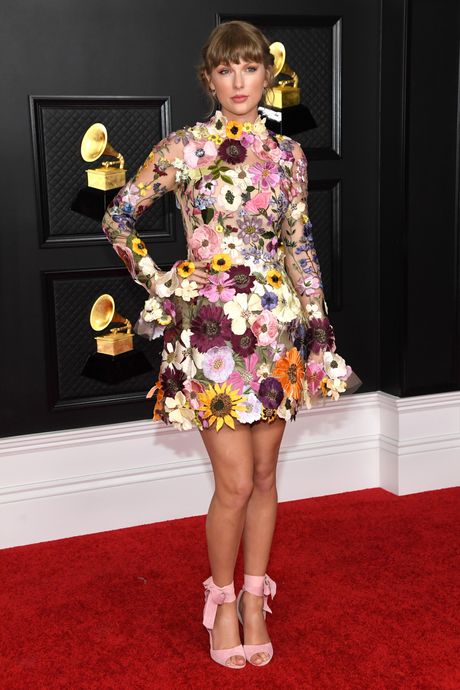 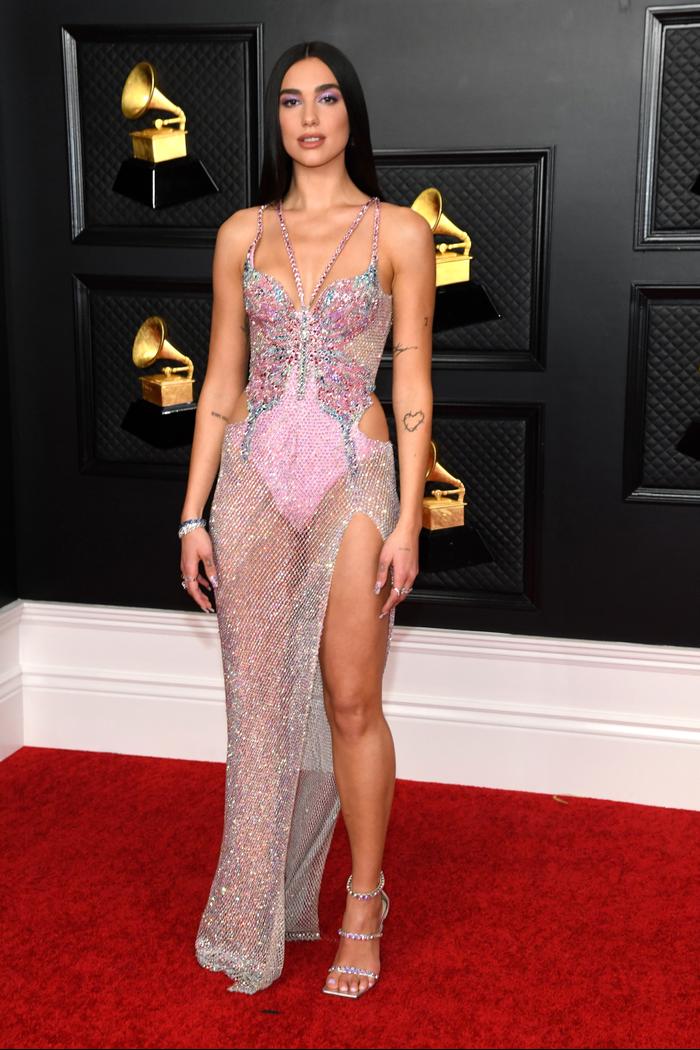 Dua Lipa in a shimmery floor-length Versace gown was an epitome of glamour. 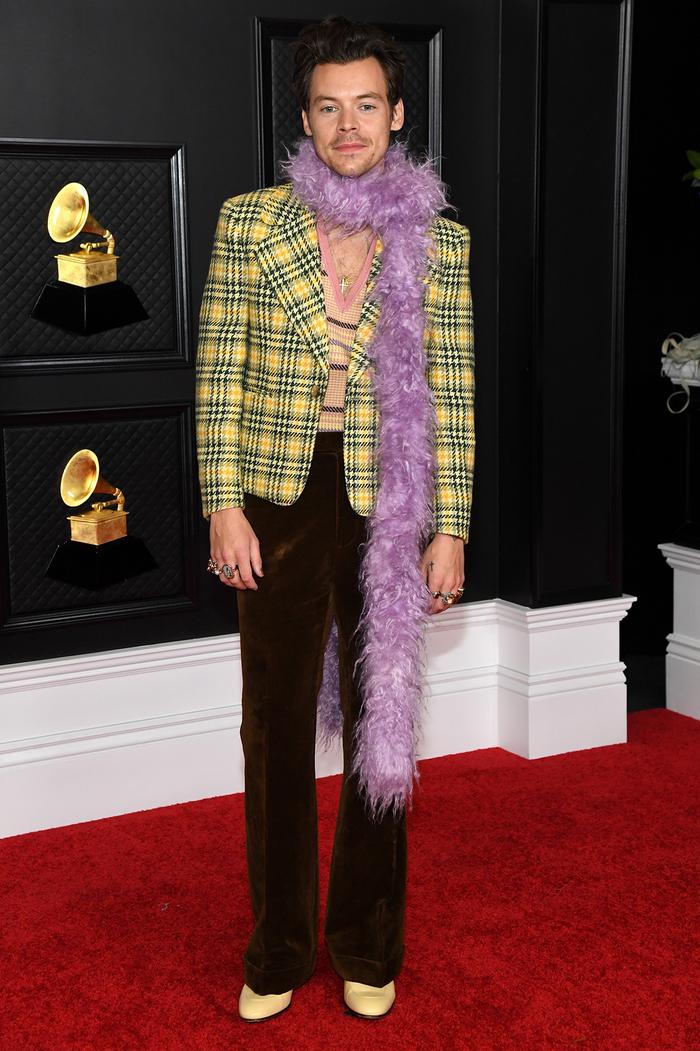 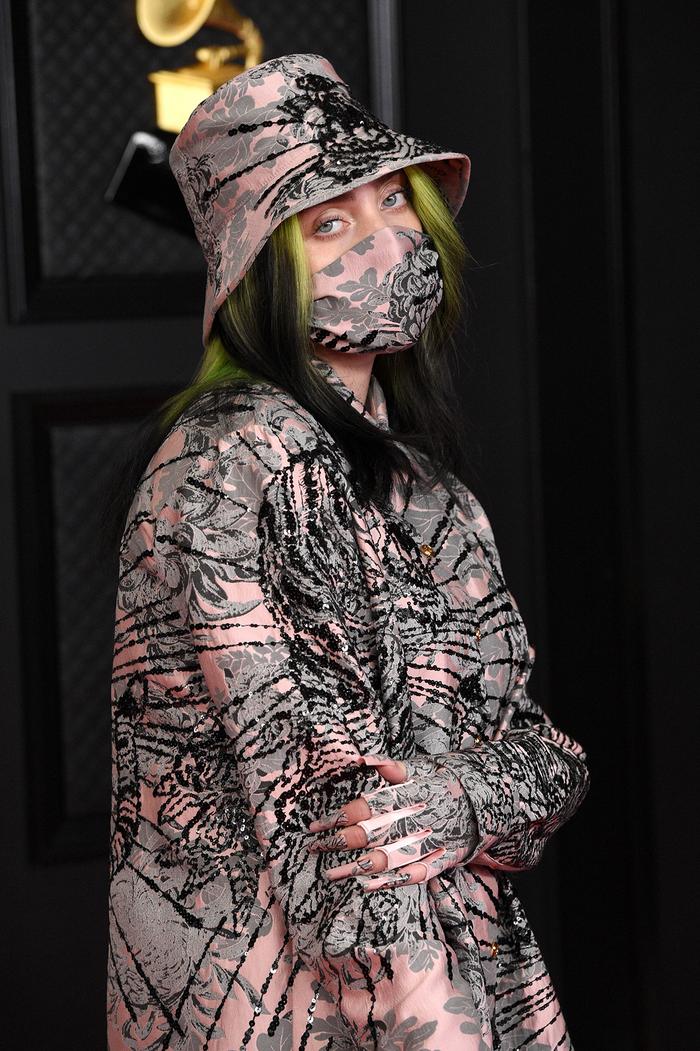 Billie Eilish in Gucci from head to toe 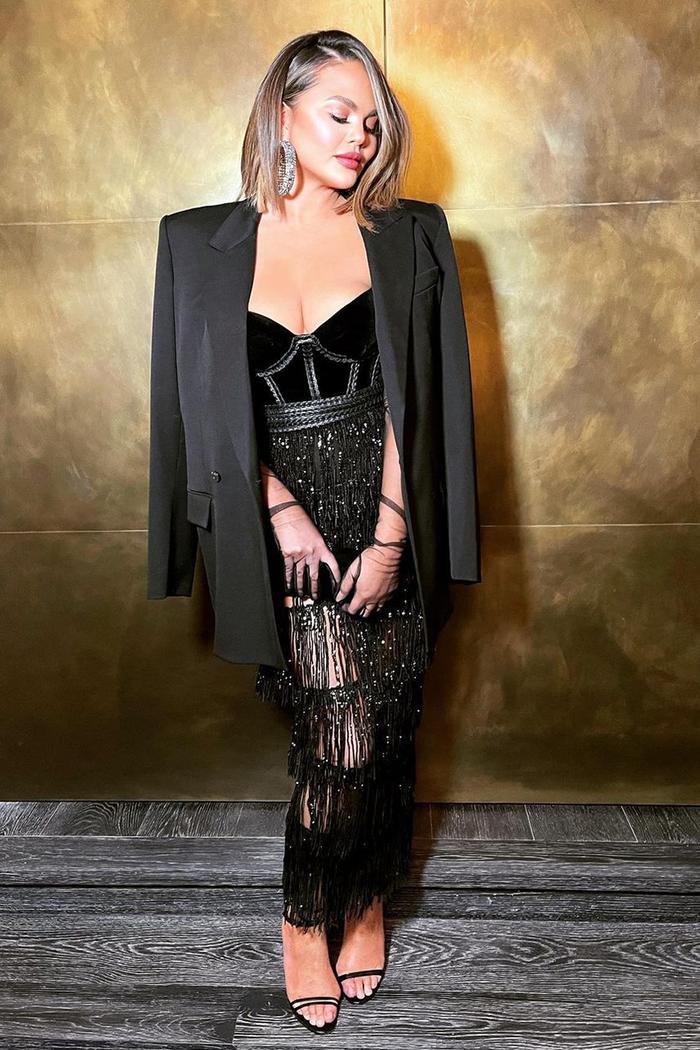 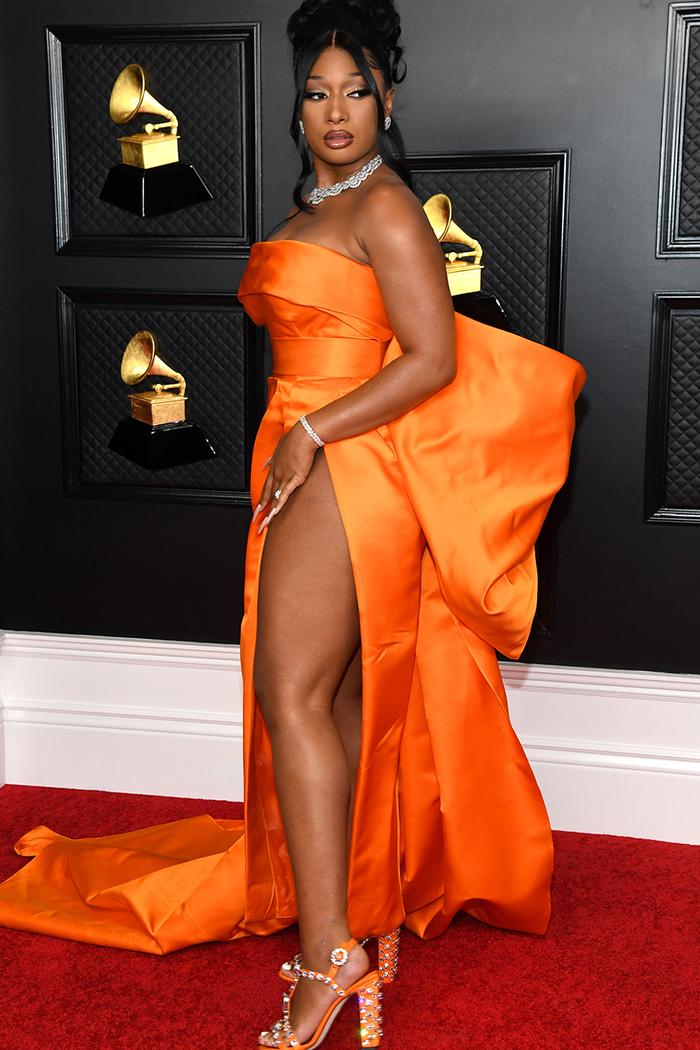